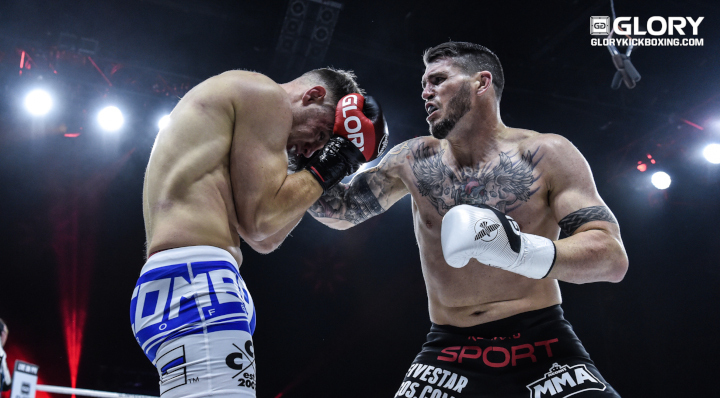 Chris Camozzi says he is bringing a not-so secret weapon into next week’s GLORY 56 DENVER tournament: the air itself.
“These guys should already be out here if they want to get adjusted. It takes more than a few days,” he says of Denver, Colorado’s infamously thin air.
A mile above sea level, ‘The Mile High City’ has a very dry climate and the altitude means there is approximately 17% less oxygen in the air compared to almost every other city in the United States.
“It’s a big advantage for me, I live out here, I’m used to the air here and it does make a difference. You get tired a lot quicker if you’re not used to it. You also get drunk a lot faster.”
There will be no drinking for Camozzi though, not until his hand is raised as tournament victor after winning two fights back-to-back in one night. That’s an outcome he’s very confident of - and not just because of the altitude..
“This is my debut at light-Heavyweight and it’s also my first tournament so I’m really looking forward to it,” he says.
“I wish I had moved up a while ago actually, the cut to Middleweight was just getting harder and harder. And the weird thing is, at light-heavy I actually feel leaner, like I’m more muscle. Maybe I was having to lose muscle weight in the cut to middle.
“I’m also finding that I’m the faster guy now which is nice for me. I’ve never usually been the faster guy but sparring up at light-heavy I feel like I am. More power too - I am eating twice as much as when I was trying to make Middleweight, so that’s given me a boost as well.”
Also in the tournament are Myron ‘Future’ Dennis, Danny Mitchell and Camozzi’s semi-final opponent John King, who debuted in a fight with Thiago Silva at GLORY 48 NEW YORK last year (He lost a decision).
“I wouldn’t have minded Thiago Silva being in this tournament actually. We were supposed to fight in MMA recently in Australia but he didn’t turn up, he didn’t get on the plane. So he owes me some money. Maybe we can do it here in GLORY,” says Camozzi.