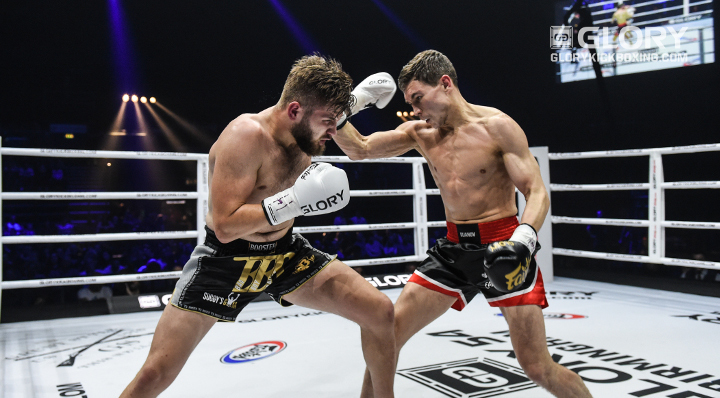 Clash of Heads Results in No-Contest Between Sugden and Ulianov

There was no feeling-out process as Ulianov attacked Sugden in the center of the ring. Sugden was more than willing to engage, trading powerful hooks with the Russian.

A right straight from Ulianov found its mark late in the frame, as he took advantage of his reach. Neither fighter truly took control after the first stanza.

Round two saw a clash of heads in the clinch and Ulianov received cuts on his forehead and his eyelid. The doctor was called in to check on the Russian and the fight was waved off.

Sugden celebrated as though he had won, but the official verdict was a no-contest since the cuts were caused by the accidental blow.

The fighters indicated they’d like to run it back at future date following the result, although Sugden was absolutely furious and gave every indication of wanting to continue the battle in the arena parking lot should the occasion provide.