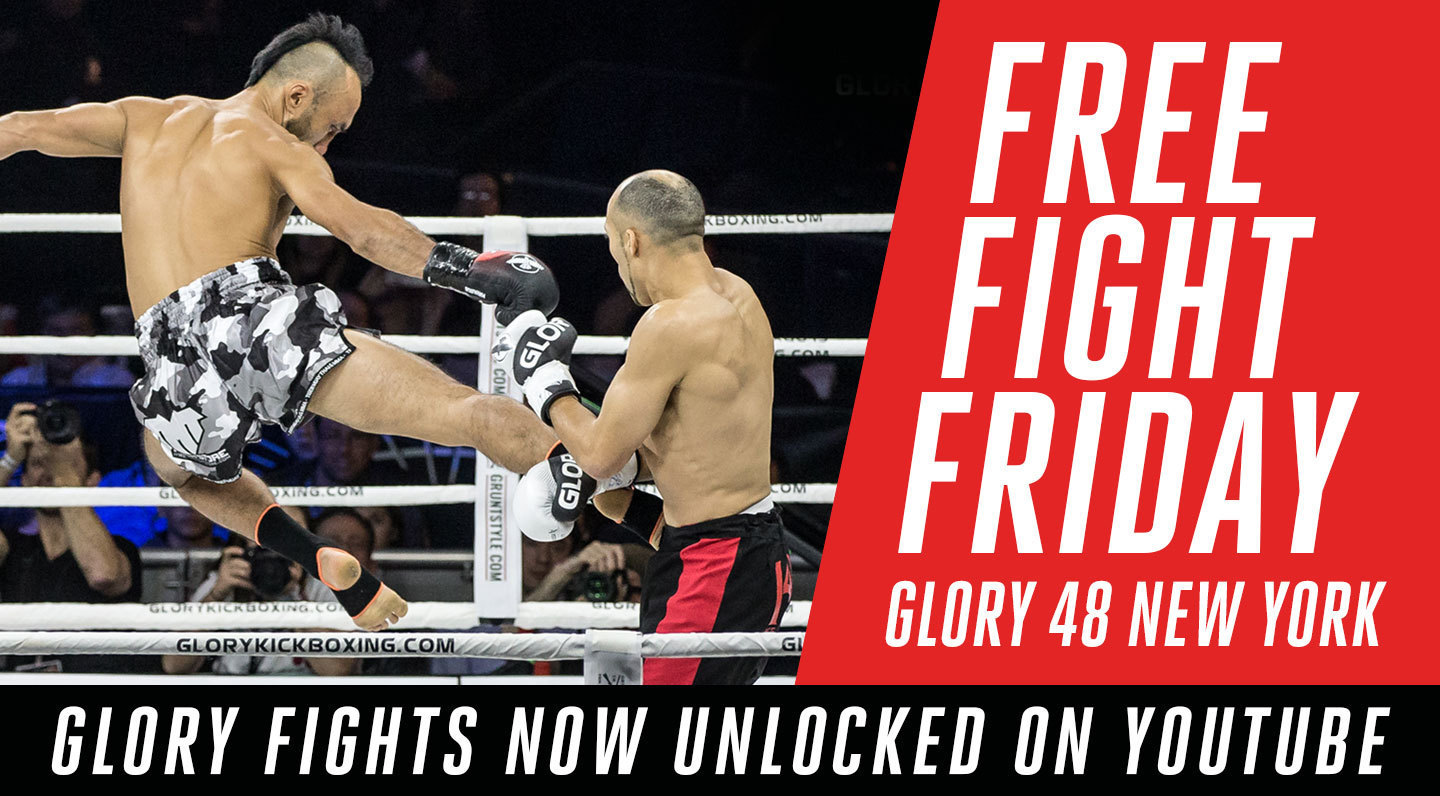 In the first ‘Free Fight Friday’ of 2018, GLORY Kickboxing is today releasing all of the fights from GLORY 48 NEW YORK.

The event took place December 1st at Madison Square Garden, New York City and featured some of the year’s most compelling action.

In the Headline fight, Kevin Vannostrand and Anvar Boynazarov fought a thriller of a fight.

The whole fight took just sixty-six seconds but featured two knockdowns and was later nominated as‘Knockout of the Year’ and ‘Comeback of the Year’ in GLORY’s year-end awards.