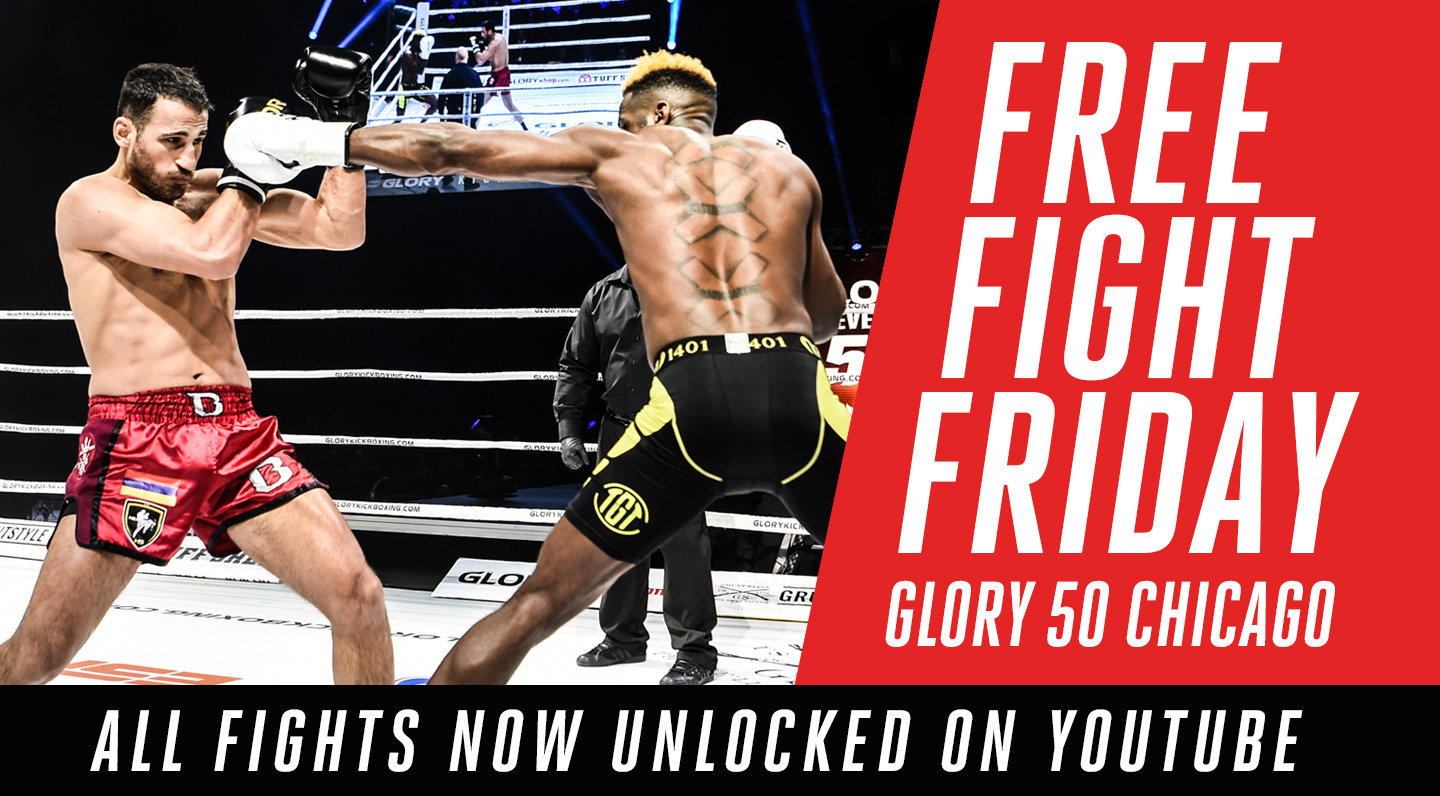 The night kicked off with an exciting Heavyweight contender tournament semi-final bout between Benjamin Adegbuyi and D’Angelo Marshall.

In the other semi-final bout, Guto Inocente stood opposite Samoan prospect Junior Tafa.

It seemed we would finally get to see the rematch between Guto Inocente and Benjamin Adegbuyi in the tournament final. But Guto had sustained a laceration over his left eye in the fight with Tafa and was not able to continue, handing Tafa the opportunity to return to the ring to face Adegbuyi.

In the co-Headline fight, two of Chicago’s finest squared off. Richard Abraham and Malik Watson-Smith were both coming off wins at GLORY’s previous Chicago event and were looking to prove which one of them was the true “King of Chicago.“

In the GLORY 50 main event, Murthel Groenhart put the Welterweight world title on the line against bitter rival Harut Grigorian. After their controversial second encounter last June, it was time to settle to score and... well, see for yourself how it all went down.