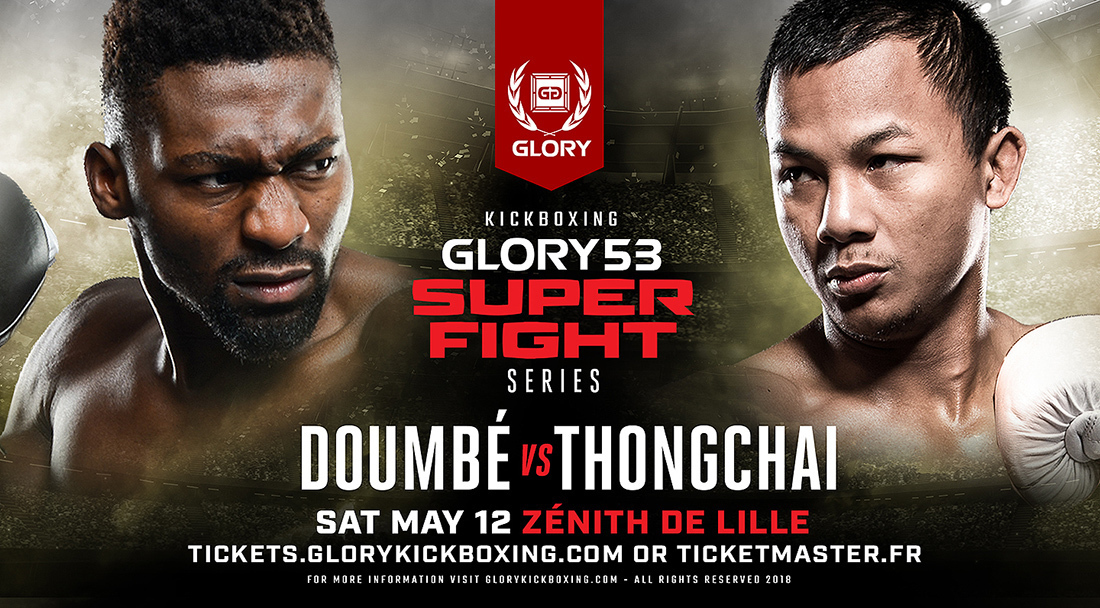 Kept intact by the promotion's talent operation team, the six-fight card is Headlined by former Welterweight champion and French favorite Cédric "The Best" Doumbé, taking on "The Thai Terminator" Thongchai Sitsongpeenong (137-36, 46 KO, fighting out of Thailand), who is ranked No. 7 following a contender tournament victory over Alan Scheinson.

In the co-Headline bout, recent Middleweight title challenger Yousri Belgaroui (23-4, 11 KO, fighting out of the Netherlands) puts his No. 1 ranking on the line against 27-year-old GLORY newcomer Dawid Kasperski (17-7-1, 2 KO, fighting out of Poland), a Kick-Box World Cup gold medalist in 2013.

Kasperski steps in on a week's notice to take the place of Jason Wilnis, who was forced to withdraw for medical reasons.

The complete six-fight card for GLORY 53 SuperFight Series can be found below:

Tickets for GLORY 53 Lille and GLORY 53 SuperFight Series are on sale now and available for purchase online at tickets.GLORYkickboxing.com and Ticketmaster.fr, as well as Ticketmaster retail locations.