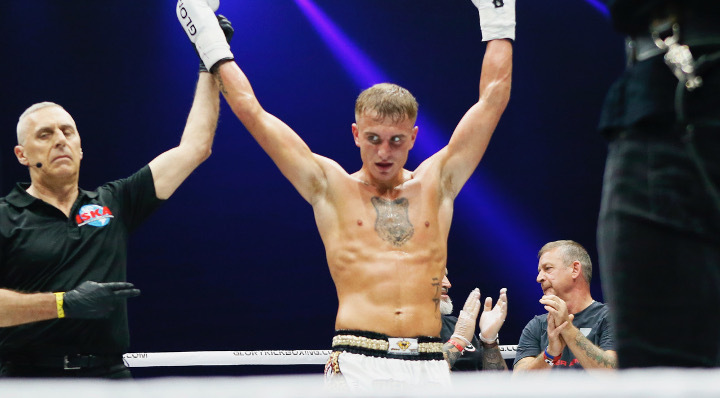 The world’s premier combat league kicked off action in Birmingham with a three-fight preliminary card which aired live on YouTube and Facebook and highlighted a number of talented British prospects.

Ward utilized his length early in the fight, delivering punches at range and knees from the inside. Barros attacked with low kicks as he tried to close the distance, but was largely ineffective in the first frame.

In the middle stanza, Barros was able to connect with right hands as Ward tried to set up knee strikes. Ward was wobbled at one point, prompting him to come forward with a purpose.

The final round saw the more experienced Ward mix up his strikes, working the body with knees and punches. Ward’s efforts were rewarded on the scorecards as he took home the split-decision win.

Kaye was the aggressor early, working the body while Brereton patiently countered the advancing Kaye with kicks. Kaye was unfazed by Brereton’s return strikes, wading in with punch combinations.

Brereton found her range in the middle frame, scoring a left kick to Kaye’s torso with regularity. Kaye dug deep in final round but it wasn’t enough to stop Brereton securing the decision victory.

Church stayed long with his punches, catching Woolliss as he pressed forward. However, Woolliss frequently overcame the height and reach disadvantage to get inside with punches in the opening round.

Church’s lead leg turned red as Woolliss peppered it with kicks. Church used the aggression of Woolliss against him in the later rounds, scoring with counter punches and swinging the momentum in his favor.

The back-and-forth bout went the distance with four of the five judges rewarding Church for his efforts.