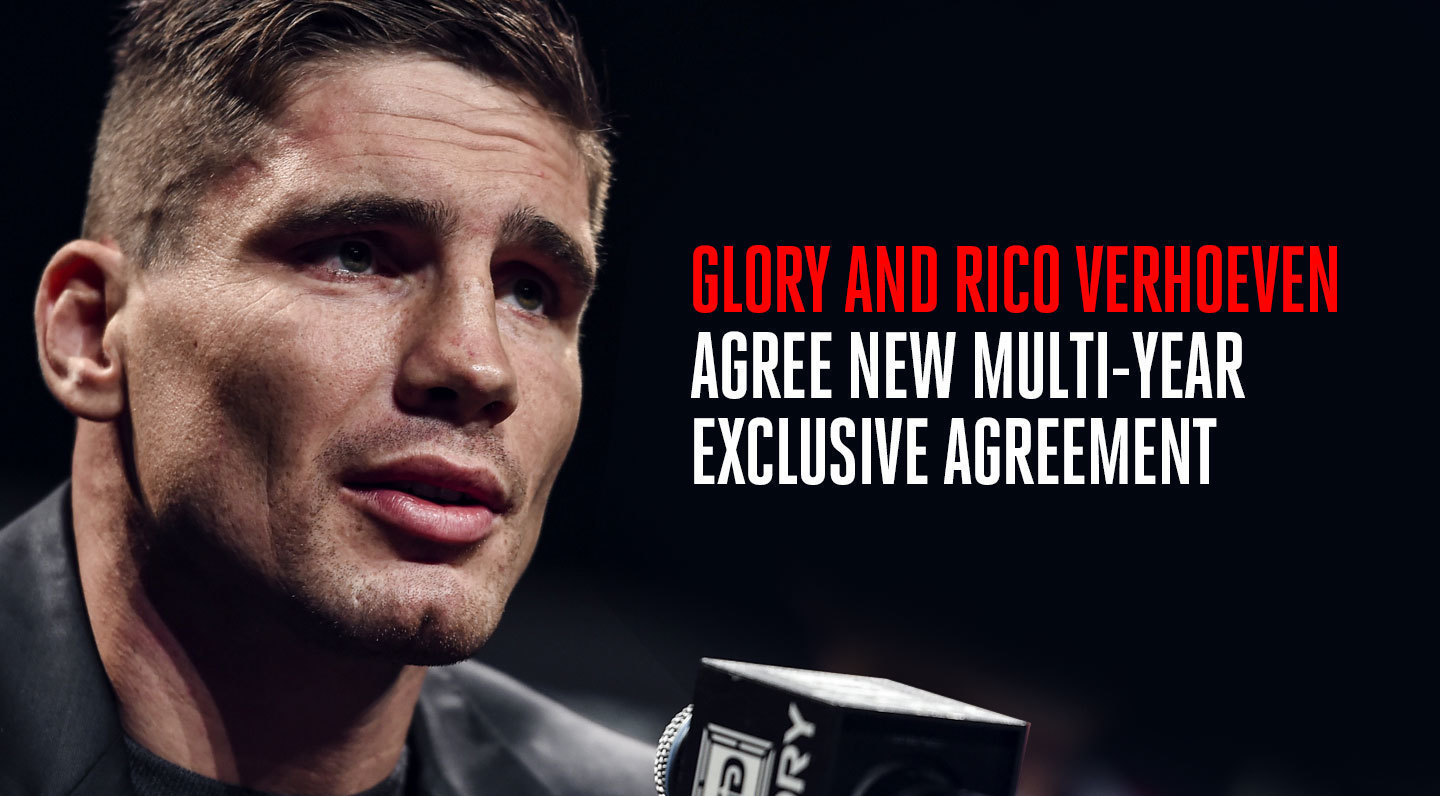 One of the most dominant athletes in the history of the sport, Verhoeven’s eight successful title defenses and current 17-fight win streak have set GLORY records. His list of victories includes wins over Jamal Ben Saddik, Peter Aerts, Gokhan Saki and Badr Hari.

Verhoeven’s accomplishments in the ring have been complemented by his accomplishments outside of it, with endorsements from Samsung, Porsche, Activision and Matrix Fitness plus successful ventures in the Hollywood movie industry.

“Rico Verhoeven is one of the most elite athletes in sports today. His journey in GLORY has taken him from young hopeful to world champion and beyond. This new agreement ensures we continue on that journey together as we look to take the sport to even greater heights,” said Marshall Zelaznik, GLORY CEO.

“From day one, my goal has been to take this sport to new levels. I’ve done that and I’m going to keep doing that. The work never stops - trust me, you’ve seen nothing yet,” said Verhoeven.

Today’s news was accompanied by the announcement that the world Heavyweight championship will be on the line when Verhoeven and Hari (106-13, 92 KO’s) rematch in the GLORY: COLLISION 2 main event on at the Gelredome stadium in Arnhem, Netherlands on Saturday, December 21.

“All sides were in agreement to give the fans what they want and so we can confirm that the GLORY: COLLISION main event will be for the world Heavyweight championship.”

Verhoeven welcomed the elevation of the bout into a world title affair.

“Badr was talking very confidently at the press conference - well, OK, let’s raise the stakes. GLORY is my house. The Heavyweight belt is my belt. Seeing it with me in the ring is the closest he’s ever going to come to touching it,” he said.

Hari, an international-level competitor from the age of 17, is a pop-culture figure in his own right and has a huge global fanbase. His extensive list of victories includes wins over Alistair Overeem, Gokhan Saki, Peter Aerts and Semmy Schilt.

His rivalry with Verhoeven commenced when Verhoeven ascended the GLORY Heavyweight throne and declared himself ‘The King of Kickboxing’. Hari considered the nickname an affront to his own achievements and now looks forward to his chance to strip Verhoeven of the crown.

“The millions of fans around the world deserved a real title fight. Now we have it,” said Hari. “I’m more than ready - I’m fierce, I’m determined and on December 21st, the world will witness that no one can compete with Badr Hari”