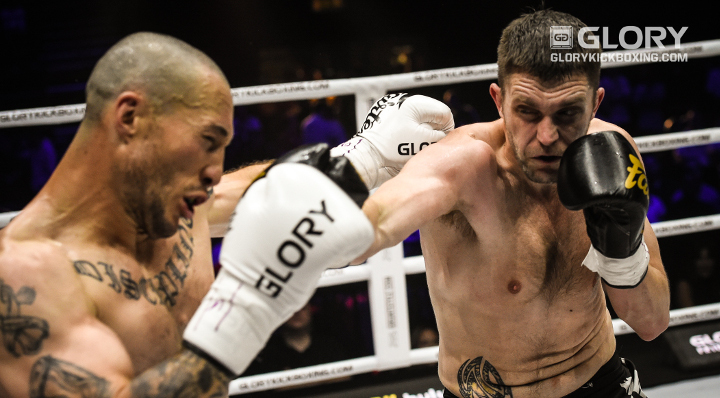 Abraham was quick to close the distance and deliver a heavy left hook to Hadfield’s chin. Hadfield responded by switching stances, which slowed down the advance of the Chicago-based fighter.

The pair exchanged body kicks as they looked to find their range. Hadfield scored with long punches late in the frame, but Abraham answered with short shots on the inside.

The back-and-forth action continued in round two. Abraham looked to take advantage of Hadfield’s upright stance, but the British fighter used his height and reach to control the action.

Hadfield was content to clinch and attack the body. Abraham fired hooks along the ropes, but he was unable to slow the forward march of Hadfield.

Both fighters were happy to fight in a phone booth in the final round, delivering uppercuts and hooks from close quarters.

The chin of Abraham was tested by a variety of strikes from Hadfield, but the American did not go down. Hadfield shifted his attention to the body late in the fight, which appeared to pay off as Abraham slowed in the final moments of the fight.

After three, hard-fought rounds, it was up to the judges to decide the victor. Four of the five at ringside rewarded Hadfield the victory in the back-and-forth affair.