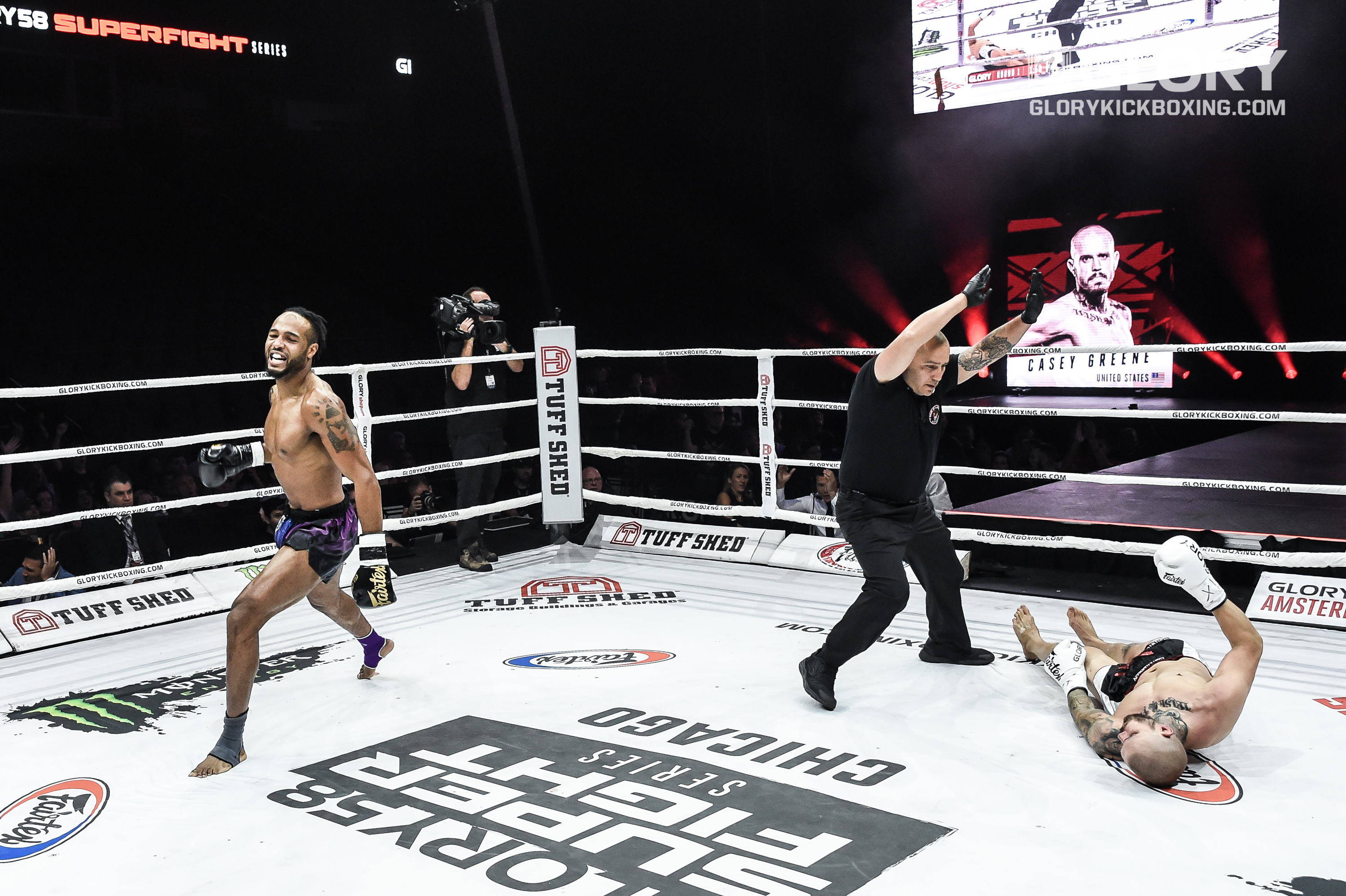 Troy Jones earned the tournament crown in one of the least probable ways. The tournament’s second finalist, Mike Lemaire was ruled out due to injury. And Lemaire’s backup, preliminary card winner Justin Moss, was also not cleared to compete. As a result, Jones was declared the winner.

“I came here to fight. I wanted to fight twice, but I’ll take the victory and the trophy,” said Jones. “I’m here, I’ve showed what I can do. I pick the best shots that I can.”

In the tournament opener, Frenchman Mike Lemaire (21-5, 8 KO’s) faced off with Omar Moreno (27-8-1, 9 KO’s). The bout marked the Welterweight debut of Lemaire, who entered the contest as the 10th-ranked Middleweight.

Lemaire went to work in the clinch, scoring with knees.

He backed Moreno against the ropes and attacked the body with punches. The southpaw Moreno fired kick after kick at range, changing levels and locations.

Lemaire’s forward pressure was the story of the first round, as he again backed Moreno into the corner and nearly scored a knockdown in the corner with punches and knees. Moreno’s low kick was his weapon of choice, but it didn’t slow Lemaire’s advance.

The knees of the former Middleweight earned him a knockdown in round two, as Moreno’s body could not withstand the punishment. Lemaire continued to be fluid with his punches and knees to the body in the fight’s final round.

Moreno was desperate for a finish in the waning moments, but it never came as Lemaire earned the decision win and advanced to the final. The loss marked the first GLORY defeat for Moreno.

The other half of the bracket featured knockout artist Troy Jones (10-1, 9 KO’s) against California’s Casey Greene (5-10, 2 KO’s). The pair did not feel one another out, exchanging power punches right away.

A stiff jab from Jones put Greene down inside the opening minute. Jones smelled blood, pushing forward and delivering a vicious right head kick that sent an unconscious Greene crashing to the canvas just 60 seconds into the bout