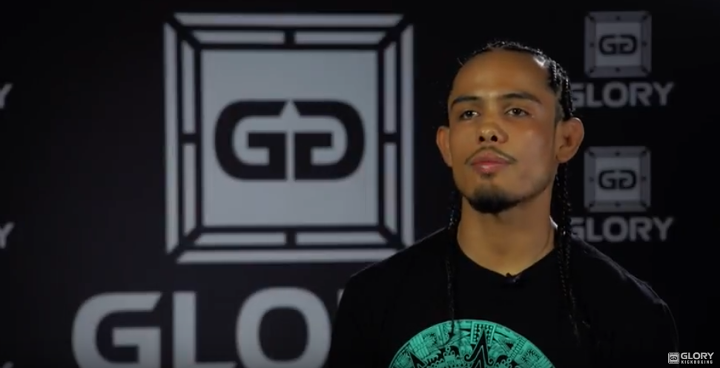 The lure of the gang life can be a strong one for youngsters on the streets of Chicago, or indeed any major city.
Directionless youths are easily drawn into it, mistaking it a means of finding identity  and providing a sense of purpose. But it is a dangerous life, one which ruins lives, if not taking them outright.
GLORY Welterweight Daniel Morales walked that path in his younger years and now, looking back, finds it hard to believe how “reckless” he was.
He spent several periods in jail as a result of gang activity and also admits that he is lucky to be alive today, having been stabbed on three separate occasions.
“When I think about the positions I put myself in, near-death experiences, it takes away my breath,” he says.
“I got stabbed in my face, stabbed in my arm once, stabbed in my back once. I am just lucky I am alive; that stab could have been in my throat. So I am all-in for martial arts, kickboxing - I am holding on tight and not letting go of it.
“I found martial arts when I was in there on one of my stays in jail and it was almost like it saved my life, [helping] guide my energy toward something more productive.
“A lot of people are inspired by what i am doing right now, especially the ones who have seen how much I have changed mentally and in everything I do. It motivates me and drives me to do more, if I know I am reaching out to people and inspiring them to change their lives if they are… on that path.”
Morales fights next month at GLORY 50 CHICAGO on Friday, February 16, where he opens the SuperFight Series card against Omari Boyd.
GLORY 50 CHICAGO takes place Friday, February 16 at the UIC Pavilion, Chicago.
The SuperFight Series section of the card streams live and exclusively on UFC FIGHT PASS at 8:30 p.m. ET / 5:30 p.m PT.