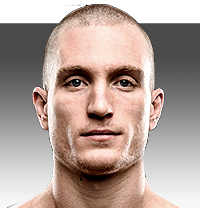 Gymnastics isn't a typical base for a fighter. But with its emphasis on balance, strength, coordination and flexibility, it certainly builds skills which translate well to the world of combat. Former UFC welterweight champion Georges St. Pierre was a big fan, incorporating gymnastic training into his regime around 2010 and immediately swearing by its benefits.

“Gymnasts are the best athletes in the world, so when you do gymnastics, it makes you more athletic. And you're able to repeat every movement of every sport. I discovered it at the age of 29 years old. My only regret is I wish I [started it] earlier,” he told reporters in 2011.

“When you do gymnastics you find out it's so hard. This is the hardest sport I've done in my life [but] it's good from a therapeutic point of view. It stretches my body. It gives me more range of motion, better coordination, and better athleticism.”

New York's Chris Mauceri started with gymnastics as a youngster and by his teens was a standout with US Olympic team potential. But repeated injuries – gymnastics can be very hard on the ligaments – saw the Olympic dream suddenly slip out of reach.

Forlorn, he turned his attentions to his second big interest, fighting. Mauceri had become an avid fan of Mixed Martial Arts via watching the UFC. Once he decided he would not reach his dream in gymnastics, he took up MMA. His strength and flexibility were a huge asset in grappling but he quickly discovered that he preferred striking, where those attributes were equally effective.

Mauceri made the decision to focus on Muay Thai and quickly made a name for himself. Having impressed on the North American Muay Thai circuit with some stunning wins, including a spinning elbow KO, and a gutsy loss to an elite Thai opponent, Mauceri then found himself interested in the faster-paced world of kickboxing.

With clinch restricted and elbows banned, kickboxing rules require fighters to come out of the starting blocks at full speed and maintain that pace until they score a finish, get finished, or hear the finishing bell. Maurceri is looking forward to the challenge.