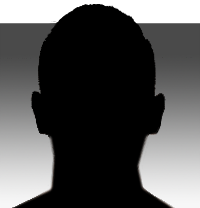 Max Vorovski grew up in Estonia, across the Baltic Sea from Finland, and was a boisterous youngster who needed to channel his energies into something in order to stay on the right path.

That something turned out to be kickboxing: Vorovski tried it as a teenager and took to it instantly. He soon found himself competing on the amateur circuit around Eastern Europe, where he ended up crossing paths with none other than Ramon Dekkers.

The late Muay Thai and kickboxing icon saw something he liked in Vorovski and so invited him to come to the Netherlands to train with him. Vorovski became one of his final students before his untimely passing.

Vorovski lived in Dekkers’ home city of Breda for three years and trained daily at the gym, which was also regularly hosting fighters such as Gokhan Saki, Alistair Overeem and Errol Zimmerman.

Shortly after arriving in the Netherlands, Vorovski turned professional. His pro debut was against Robin van Roosmalen, who would go on to become the first fighter to win world titles in two different GLORY weight classes.

But the quality of the opposition speaks for itself - a harder professional debut (and sophomore outing) is harder to imagine - and Vorovski was not dissuaded. On the contrary, he knew he had what it takes to hang at the top level of his sport.

Despite initially signing with GLORY as a lightweight, Vorovski realized his ever-expanding frame was going to make it impossible to continue making weight.

It’s now some years since he trained under the late Dekkers, but the lessons he learned from ‘The Diamond’ remain with him.

“Ramon is always in my heart, every time I go in the ring I think about him. He inspired me a lot,” he says. “He taught me how to find mental and physical strength even in the middle of the hardest fight.”