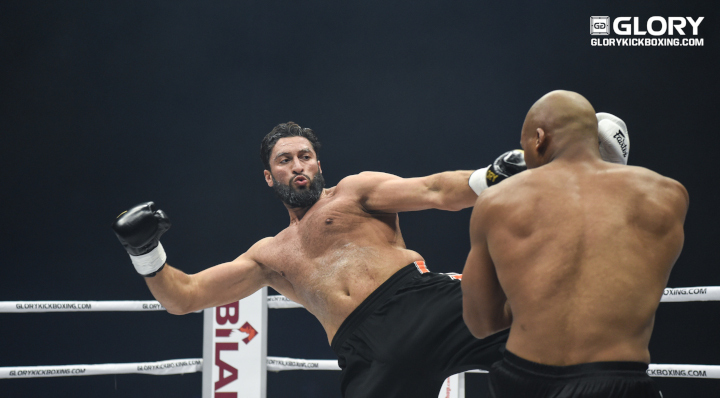 Ben Saddik runs through Marshall, scoring three knockdowns in under a minute

Marshall looked to build off the momentum of a first-round finish at GLORY 56 in Denver, while Morocco’s Ben Saddik aimed to get back in the win column after falling short in quest for GLORY gold.

As soon as the referee cleared out of the way, Ben Saddik and Marshall met in the center of the ring and began throwing punches wildly.

A heavy right hand from Ben Saddik dropped Marshall just seconds into the contest. Marshall recovered and looked to get inside, but Ben Saddik flurried with more big shots, putting Marshall on the ground once more.

Marshall again returned to his feet and initially looked to slow down the fight. However, once Marshall got inside punching range, Ben Saddik drew him into a firefight and put him on the canvas for a third and final time, claiming the TKO victory.

The impressive performance snapped a two-fight skid for the man known as “Goliath.”

“I was so hungry. I disappointed my fans and this was the right moment to make it right,” said Ben Saddik. “I was hungry for this fight to make my fans proud and I hope I did.”