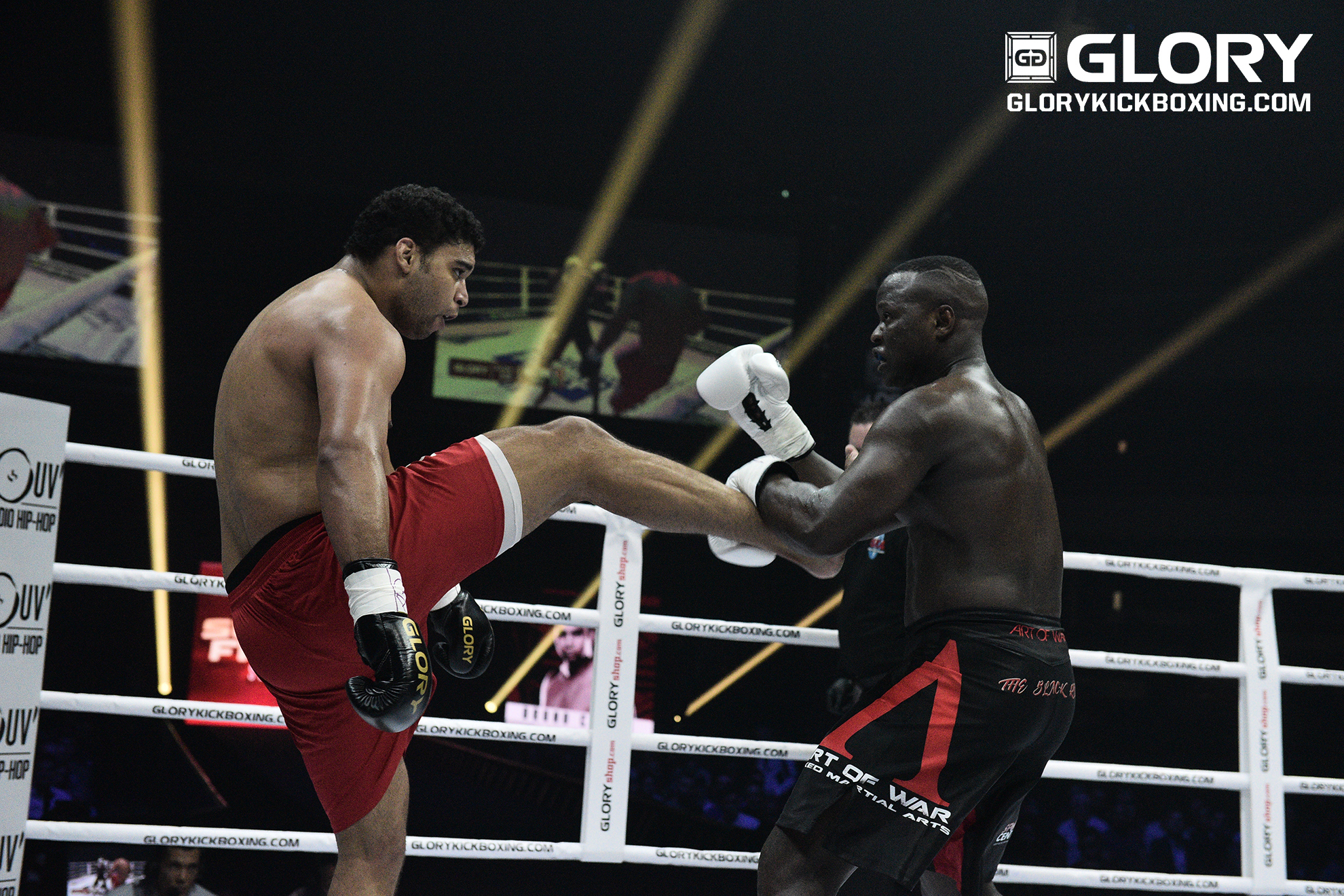 Chaves chopped at the legs of Sene in the fight’s opening seconds. He came forward and Sene tried to counter with punches. Sene changed levels with his punches, attacking the body of Chaves.

A big overhand right from Chaves caught Sene behind the ear, but he did not go down. Sene backed Chaves to the corner and delivered an illegal headbutt, prompting a pause in the action and a warning from the referee.

When the action continued, Chaves showed good head movement to evade the punches of Sene, who chased him around the ring.

Sene walked forward in the second round, pushing Chaves into the corner. The Brazilian was able to circle out, but continued to backpedal with his hands down. The output from Chaves waned as the round progressed, allowing Sene to score with punches.

Chaves rallied late in the frame, cracking Sene with a heavy knee to the head from the clinch. He finished off the round with a big right hand clean on the jaw of Sene.

When Sene returned to his corner, the doctor examined his left eye and halted the contest between rounds due to a cut on his left eyelid. Sene was visibly disappointed, as Chaves celebrated the TKO victory.