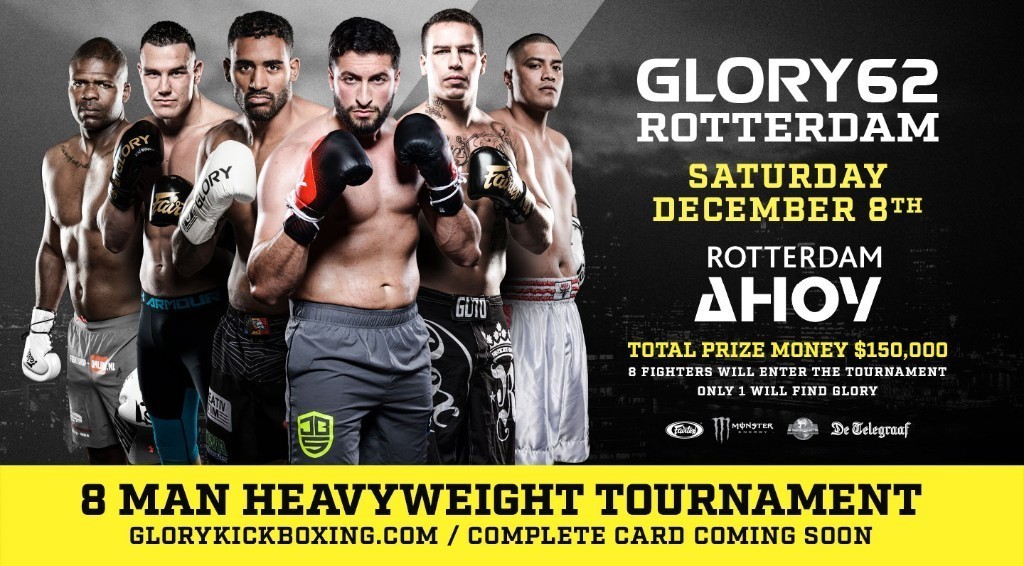 With $150,000 in total prize money up for grabs, eight of the Heavyweight division’s best will do battle during a one-night tournament at GLORY 62 Rotterdam.

Moroccan-Belgian behemoth Jamal “The Goliath” Ben Saddik (32-7 1 NC, 26 KO, fighting out of the Netherlands) will be a tough out as the tournament’s No. 2 seed.

The remaining six tournament slots will be randomly selected during a press conference slated for later this year, with perennial contender Jahfarr Wilnis (31-10-1, 8 KO, fighting out of the Netherlands) and recent title challenger Guto Inocente (35-9, 17 KO, fighting out of Brazil) each available to be drawn as seed No. 3 or seed No 4.

The pool of Heavyweights comprising seeds five through eight, also randomly drawn, will include 21-year-old knockout artist Junior "The Juggernaut" Tafa (20-3, 16 KO, fighting out of Australia), Tomas "The Giant Slovak" Mozny (20-6-1, 6 KO, fighting out of Slovakia), and two fighters to be announced.

In addition to the $100,000 top prize for the tournament winner, the tournament runner-up will receive $30,000 and $10,000 will be awarded to each semifinal participant.

Following two complete rounds of tournament action, light Heavyweight Luis Tavares (52-7, 22 KO, fighting out of the Netherlands) makes his return to GLORY after a highly successful run outside the promotion. He will face a yet-to-be-named opponent in the GLORY 62 Rotterdam co-Headline bout.

The current fight card for GLORY 62 Rotterdam can be found below: 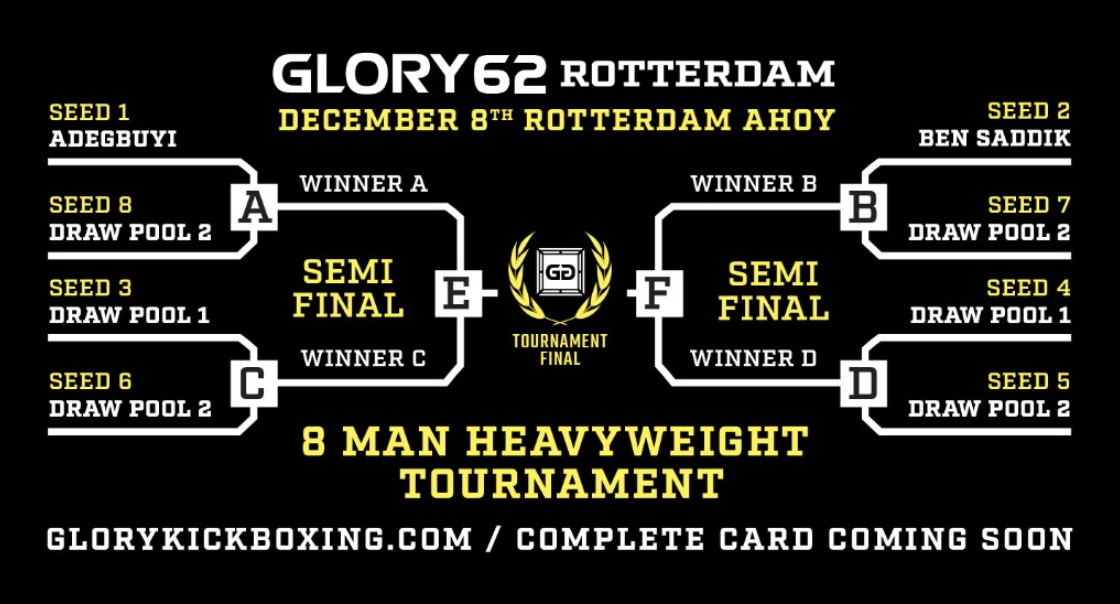