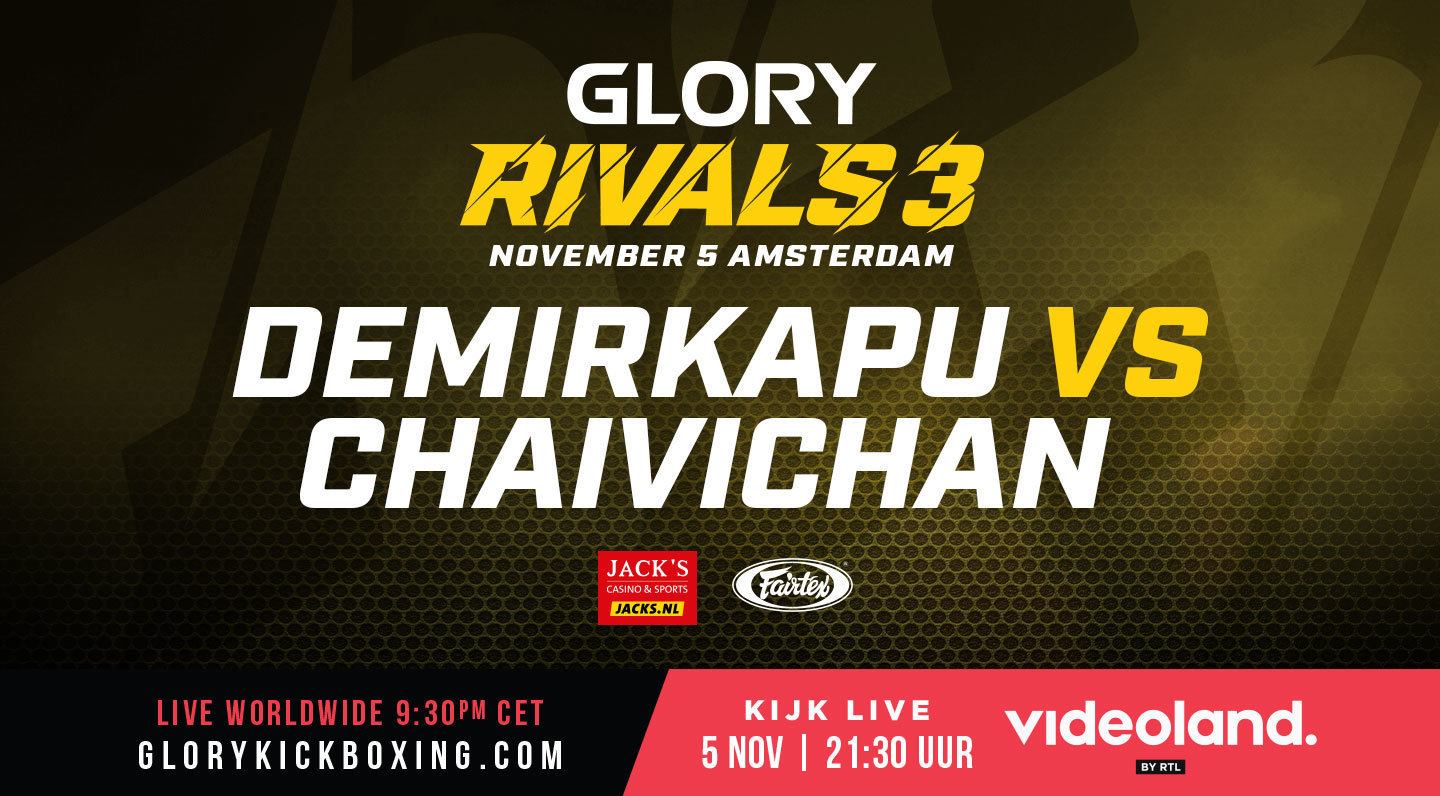 GLORY, the world’s largest kickboxing organization, announced today that a Featherweight bout between Deniz Demirkapu and Kaew Chaivichan has been added to GLORY Rivals 3.

The bout will finalize the five-fight card, which will be Headlined by a light Heavyweight matchup between GLORY Rivals stalwart Ibrahim El Bouni and Muhammed Balli. A Welterweight bout between Jay Overemeer and Robin Ciric will serve as the co-main event.

GLORY Rivals 3 takes place on November 5th and will stream on Videoland in the Netherlands. Full viewing information will be made available shortly.