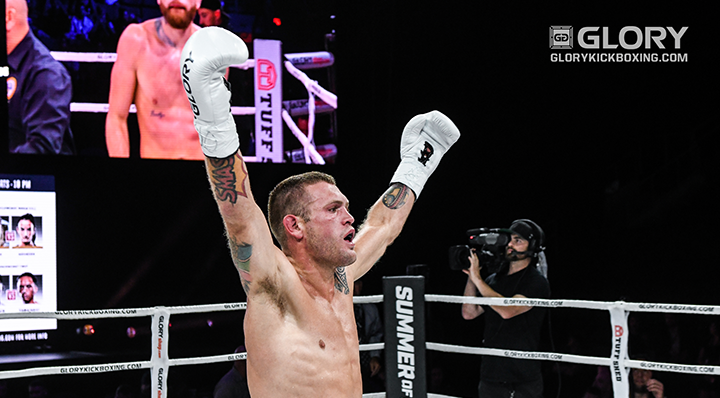 Gershon out, Nelson in against Josh Jauncey in Miami

Josh Jauncey has a new opponent for GLORY 68 MIAMI.
The Canadian Lightweight contender had been due to face Itay Gershon but the Israeli suffered a broken rib in training and is now sidelined until he recovers.
Stepping up to replace Gerson is Lorawnt ‘Smash’ Nelson of Denver, Colorado.
Nelson, a 3-fight fight GLORY veteran, last competed at GLORY 63 HOUSTON and is 2-1 in his last three outings, 1-1 in his last two.
Jauncey comes into the bout off the back of a close loss to Tyjani Beztati at GLORY 65 UTRECHT earlier this year.
There were chaotic scenes after that fight as Jauncey took umbrage with the split-decision loss and let his feelings be known about it while exiting the ring.
Beztati has now moved forward to a title shot against Marat Grigorian at GLORY 69 DÜSSELDORF, so Jauncey urgently wishes to get back in the win column and move closer to another title shot of his own.
GLORY 68 MIAMI is Headlined by Middleweight champion Alex Pereira, who is stepping up to light-Heavyweight in an attempt to make history by holding two GLORY world championship titles at the same time.
Facing him is Donegi ‘The Silverback’ Abena, 22, who lost a narrow decision to Artem Vakhitov in their GLORY 67 PARIS title fight.
With Vakhitov now sidelined due to a hand injury, the interim world light-Heavyweight championship is on the line in Miami.
If Pereira wins, he becomes the first fighter in GLORY history to hold two belts at the same time. If Abena wins, he becomes the youngest fighter ever to win a GLORY world championship title.

How to watch GLORY 82