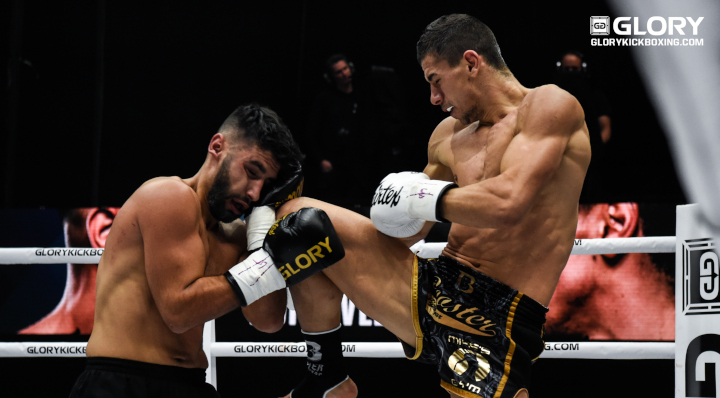 The world’s premier striking league returned to Amsterdam on Saturday, September 29 for its 59th event.

GLORY 59 took place at the Johan Cruijff Arena, an iconic venue which is home to Ajax Football Club and in the past has played host to high-level kickboxing via the It’s Showtime organization, which GLORY bought out in 2012. 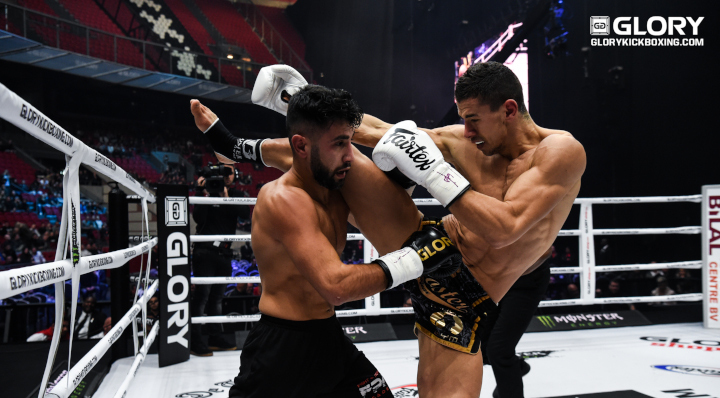 Cabri’s strategy was evident early, as he looked to get past the reach of Koprivlenski with his punches. The Bulgarian countered with kicks, punishing the midsection of Cabri, then looking for series of head kicks.

Cabri marched forward, but spent a large portion of the opening stanza using a high guard to block the kicks of Koprivlenski. A right hand from Cabri landed to start the second round. Koprivlenski took it well and returned fire with knees from the clinch.

A counter right from Cabri found its mark as Koprivlenski kept spamming his left head kick. A spinning backfist from Koprivlenski landed after his missed with yet another head kick attempt.

The boxing and footwork of Cabri became less effective in the fight’s final round, as Koprivlenski turned up the pressure. Koprivlenski scored with a series of knees from clinch range.

Cabri struggled to match the volume of Koprivlenski in the last minute of the fight. The judges were called upon and Koprivlenski claimed the decision nod. 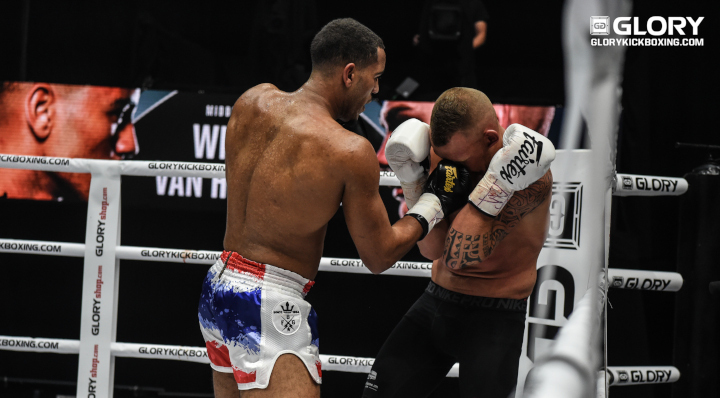 A Middleweight bout between Donovan Wisse (11-0, 7 KO’s) and Kevin van Heeckeren (2-1-1, 1 KO) served as the penultimate fight of the preliminary card. Wisse wasted little time showcasing his power, putting van Heeckeren on the canvas with a left hook just seconds into the fight.

Van Heeckeren beat the count, but Wisse was relentless with his attack. He stayed in the face of van Heeckeren and delivered shot after shot. The Dutchman was able to survive the round, despite Wisse’s efforts.

The onslaught continued in round two. The legs of van Heeckeren looked uneasy as Wisse threw punch combinations. Blood poured from the nose of van Heeckeren as he plodded forward recklessly on pure instinct.

There was no quit in van Heeckeren as the fight entered the third frame. He looked to drag Wisse into a brawl, but the Surinamese fighter stayed patient and mixed in his kicking arsenal.

The heart and resiliency of van Heeckeren was impressive, yet it wasn’t enough to overcome the more experienced Wisse. The fight saw the final bell, and the decision was Wisse’s on every card.

“It feels great. I didn’t think he’d get back up,” said Wisse of his very tough opponent. 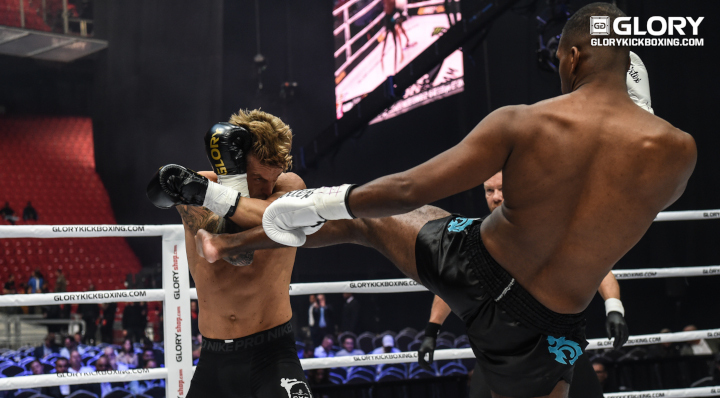 Welterweights Miles Simson (65-13, 26 KO’s) and Kevin Hessling (12-3, 3 KO’s) continued the action but only briefly. Simson threw a variety of kicks to open the match-up.

He pressured Hessling near the ropes, clipping him with a short left and then a right hand though the guard. Hessling crashed to the mat and could not recover, giving Simson the quick TKO win. 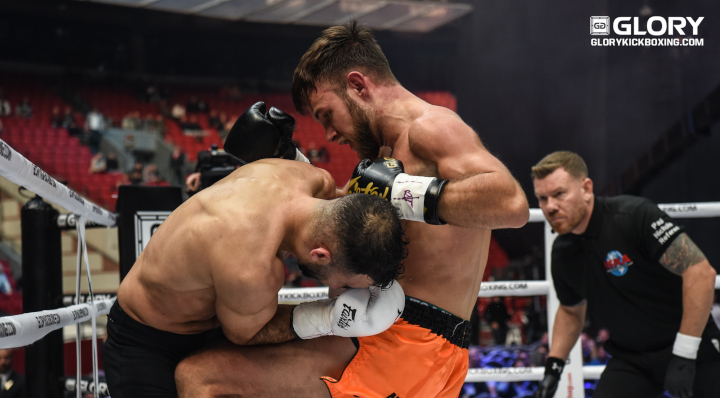 GLORY 59 opened with a 72.5-kilogram catchweight bout between Robbie Hageman (53-9-1, 9 KO’s) and Brahim Kallah (50-6, 33 KO’s). Morocco’s Kallah came out looking for his switch knee, but Hageman was able to counter with punches.

A right hand from Kallah connected midway through the opening frame, but Hageman brushed it off and worked the body of Kallah. There was an aggressive start to the middle round by Kallah.

Hageman was methodical with combinations, outstriking Kallah with both low kicks and body punches. From the clinch, Hageman delivered a massive left knee to the jaw of Kallah to earn the night’s first knockdown.

Kallah recovered and came out firing in round three. He delivered a knee of his own, but the Dutchman Hageman wore it well. The early body work of Hageman paid dividends, as Kallah’s output waned in the fight’s final minutes.

Hageman dropped him again with a straight left, but he couldn’t put Kallah away for good. When the scorecards were read, there was no surprise, as Hageman claimed the lopsided decision victory.