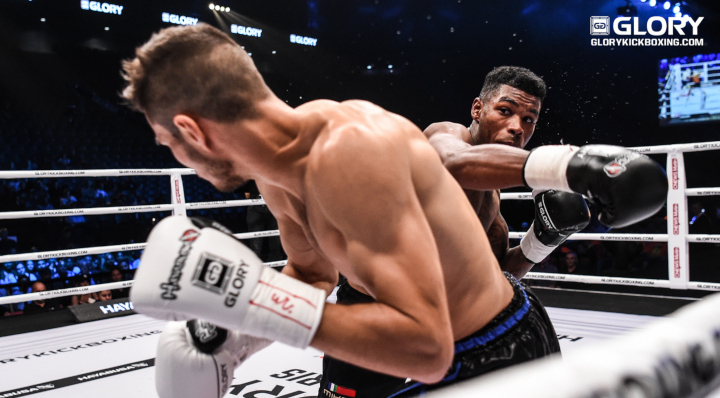 It’s ‘The Magician’ versus ‘The Project’ at GLORY 56 DENVER on August 10 as Massaro ‘The Project’ Glunder (31-11-4, 20 KO’s) heads to Denver, Colorado for a Featherweight clash with Quade ‘The Magician’ Taranaki (5-5).
Taranaki - originally from New Zealand but for some years a resident of Shenzen, China - had been due to face Diego ‘El Terror’ Llamas of California, until a late switch saw Llamas moved to September’s Chicago card.
Glunder had been due to face Kevin VanNostrand at GLRY 55 NEW YORK earlier this month but the bout was scrapped when VanNostrand was moved to face Petchpanomrung for the interim Featherweight title following the withdrawal of injured champion Robin van Roosmalen.
Having made a career of stepping in on late notice, Glunder is keeping true to his tradition in taking this fight in Denver. This time though he has the benefit of having had a full camp for the scrapped New York appearance behind him, so he should be in good shape when he takes the ring in Colorado.
Taranaki debuted at GLORY 46 GUANGZHOU in October last year. It was GLORY’s first event in China and Taranaki, a regular on the Chinese circuit, was a natural fit. But he ran into the stellar Chenglong Zhang in the semi-finals of the tournament and was eliminated.
Glunder represents a step up for Taranaki both in name and in the amount of top-flight experience he brings to the ring, but that will only further entice the New Zealander. He’ll be heading to the US looking for a breakout win.
GLORY 56 DENVER will be carried live on ESPN2 at 12 a.m. ET / 9 p.m. PT on Friday, Aug. 10.
Light-Heavyweight champion Artem Vakhitov Headlines the card, facing Danyo Ilunga in a world title clash. The co-main event sees super-bantamweight champion Anissa Meksen defending her world title against Jady Menezes of Brazil.