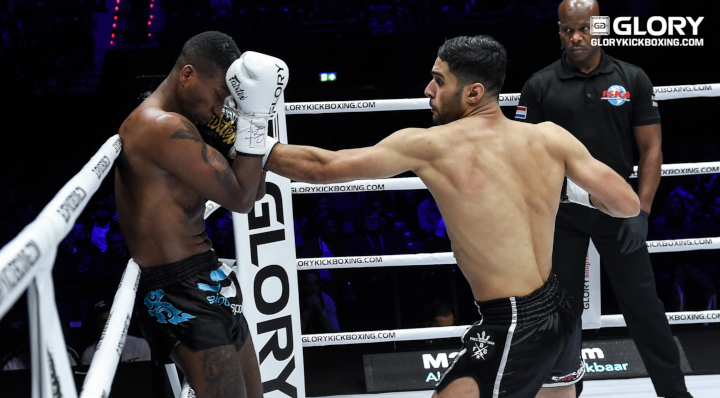 Welterweight prospect Hamicha (37-2, 27 KO’s) made one of the most explosive GLORY debuts of all time when he stopped Miles Simson at GLORY 62 ROTTERDAM last year.

Hamicha has been tipped as one of the Welterweight division’s fighters to watch.

His record includes a win over over Sitthichai’s team mate Thongchai and, when he was competing at Lightweight, he also took Sitthichai to an extra round after taking the fight on a week’s notice.

Former ISKA England champion Hadfield is ten years old than Hamicha and brings a wealth of experience to the ring with him. He’s no stranger to fighting and winning at the international level either, as he showed against Abraham.