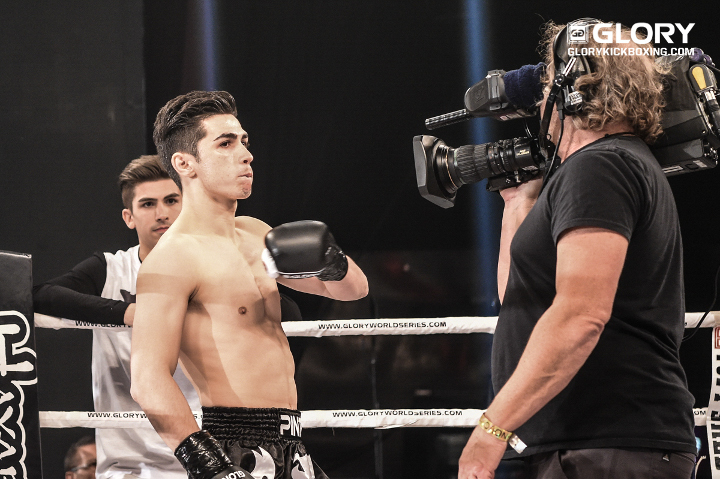 High stakes for Pinto and Maxim at GLORY 44 CHICAGO

Two international Featherweights will open the GLORY 44 SuperFight SERIES card in Chicago as Victor ‘Leo’ Pinto (72-27, 22 KO’s) and Adrian Maxim (27-8, 17 KO’s) step in the ring to do battle on August 25.
Maxim is making his GLORY debut following a standout performance on a UK ‘Road to GLORY’ card earlier this year. He caught the eye of GLORY head matchmaker Cor Hemmers and earned himself a call-up to the world’s premier kickboxing league.
Pinto, younger brother of GLORY Welterweight Antoine Pinto, debuted in January this year at GLORY 37 in Los Angeles, but found himself on the receiving end of one of the most brutal stoppages in GLORY history, courtesy of Giga Chikadze.
Both are therefore entering the ring in search of what will be their first win in GLORY, placing tangible personal and professional pressure on them and setting the stage for a heated encounter.
Stylistically the two come from different schools. Maxim’s background is in kickboxing and he has trained extensively around Europe. These days the Romanian is based in London, England and trains under a teammate of former Heavyweight champion Semmy Schilt.
Pinto’s background is in Muay Thai. He and his brother were raised in Thailand when their parents relocated there from their native France. As children they took up Muay Thai training just as a way to make friends. Once it became clear they had potential, fighting turned into a career for both.
Maxim has secured 63% of his wins inside the distance, a finish rate which suggests he will have a power advantage over Pinto, who has scored 30% of his 72 wins inside the distance.
Pinto recently fought his 100th Muay Thai fight, which places the experience advantage on his side. The only caveat is that his experience is under Muay Thai rules, which applies a different scoring criteria to that of kickboxing.
GLORY 44 SuperFight Series streams live and exclusively on UFC FIGHT PASS at 8 p.m. ET / 5 p.m. PT on Friday, Aug. 25.Tickets for GLORY 44 Chicago and GLORY 44 SuperFight Series are on sale now, available for online purchase at searscentre.com and at the Sears Centre Arena box office.