Juri de Sousa: "I’m ready to give it my all"

How are you feeling?

I’m feeling good. Couple weeks to go till the fight. I will come to win. I’m ready for the 20th of August. This is my chance for the Middleweight belt. I will give my best.

Who is Juri De Sousa?

I was born and raised in Portugal and Angola. Now I’m living and training in Germany. My nickname is Bad News. My trainer gave me this nickname because I’m bad news for my opponents.

How did you get started in kickboxing?

I played football for years, but then during the summer break I wanted to do something else. That was kickboxing. I began training in Frankfurt and started beating people up. That’s when I knew I wanted to do more kickboxing.

Who are your role models in the sport?

My role models are Remy Bonjasky, Tyrone Spong and Ernesto Hoost. They are one of the reasons I started training in kickboxing. I’ve seen so many fights of them. I loved Remy Bonjasky’s flying knees. Ernesto Hoost because of his very strong low-kicks. And Tyrone Spong is the allrounder like me… he’s got strong hooks, strong knees. That’s why I like them.

How would you describe yourself as a person?

I have a lot of discipline and I work hard. I do everything for my family. I will sacrifice myself for them if that’s what I need to do. And as a fighter, I would say I’m an all-round fighter. I’ve fought with all the big guys in Europe. 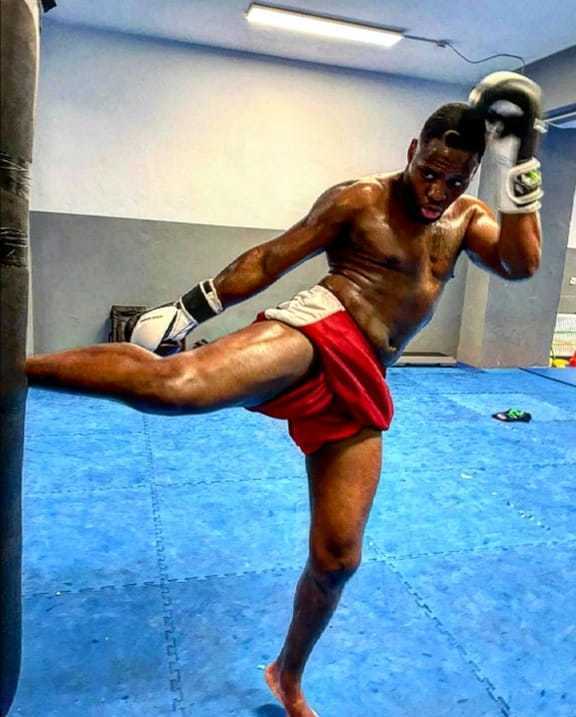 What is your favorite weapon to use in the ring?

How did you feel when you knew you were fighting for the GLORY Middleweight Title?

This is a huge dream for me. But when I saw the contract, I knew this was not a dream. This is life. I immediately signed the contract because I’m ready. Let’s go!

You’re fighting Donovan Wisse. What do you think of him?

He’s a real strong fighter. I have a lot of respect for him. We will see who the best is 20 August. We are both very strong, so it will be a great fight. The best will win.

What’s the biggest achievement you have had in your career?

I’ve been a world champion, European champion, and German champion. I’ve fought with the best guys in the world. I’ve worked hard in this game.

What can fans expect of you on GLORY 81?

I will win. I’m ready to give it my all. I’m dangerous.

Everyone come the 20th of August to see me fight in Dusseldorf. This will be the best fight on the card.