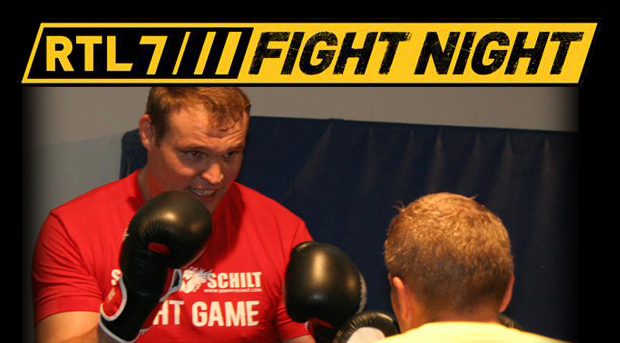 Dutch TV channel RTL7 had some big news for kickboxing fans in the Netherlands this month, so they used a big man to break it.

Starting with the recent GLORY 11 CHICAGO event, ‘Friday Night Fight Night’ will show GLORY events and programming across the nation.

RTL7 invited celebrities and journalists to the seminar, as well as some lucky fans who were picked at random after entering their names into a draw.

More than 1,000 fans applied to join the seminar but just 20 were lucky enough to get picked. Their interest was reflected by the interest from the celebrities and journalists - there really were a lot of people keen to attend this unique opportunity.

This made the seminar group a very interesting mix of different men and women. It was held in the gym of former STRIKEFORCE champion Marloes Coenen, who watched the seminar closely and with great interest.

In the ring, Schilt crushes everybody with power, speed, technique and an amazing work ethic. In interviews he is a man of relatively few words, always straight to the point. But when he is teaching, as in the seminar, he explains things with great detail and a lot of humor!

The undisputed Heavyweight Champion showed everybody his punches and technical kick combinations and finished the seminar off with some hard work on the heavy bags. Everybody who participated at the seminar worked hard and was very tired but satisfied when it was over.

Only one journalist - Danny Ghosen from "POWNEWS" - had enough energy left to try and test himself against the 6 ft 11 giant. The 5’4” reporter  tried as hard as he could and used all of his speed but was defeated by Schilt’s infamous front kick. Check the footage here: http://youtu.be/Mj2s-XwrW8Y

Dutch people love kickboxing but when K-1 collapsed they ran out of events to look forward to. Now GLORY has taken over and RTL7 was quick to put a deal together. Dutch fans rejoice - kickboxing is back on your TV sets by popular demand!