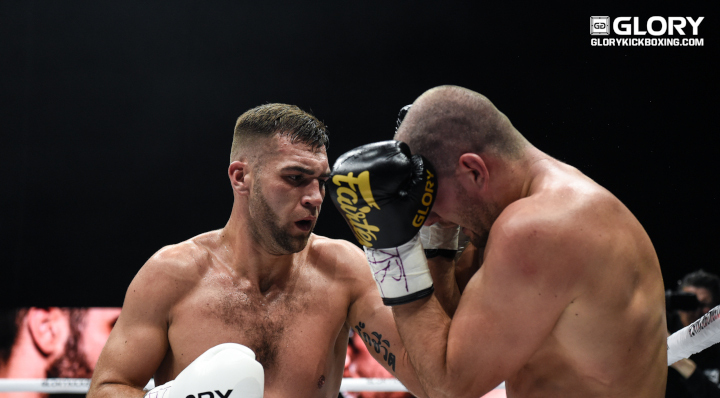 The Dutchman Mannaart fired his left kick to the body to find his range. Skvor countered with a heavy right hand of his own. Mannaart used crisp combinations to avoid the power of the Czech fighter. Skvor’s pace was more measured as he tried to find openings in the defense of Mannaart.

The pace picked up in the second round. Skvor came out throwing punches to the head and body of Mannaart. Mannaart was willing to trade initially, but ultimately separated and went back to his kicking game.

Skvor was able to back Mannaart against the ropes and scored with punches. The crowd implored the hometown fighter to work out of the tough spot. Skvor frequently looked to land his overhand right, but Mannaart was wise to it and was able to land with his lead left hand.

Mannaart was consistent with his jab and low kicks in the third round. Skvor came forward, but found very little success against the higher workrate of the Dutchman. A right hand near the ropes from Skvor landed on Mannaart’s chin.

Mannaart wore it well and responded with a heavy body shot that sent Skvor to his knees and the referee gave him a count. He was able to continue, but he could not find a finish in the final seconds of the fight.

The knockdown put an exclamation point on an impressive GLORY debut for Mannaart, who swept all five of the judges’ scorecards.