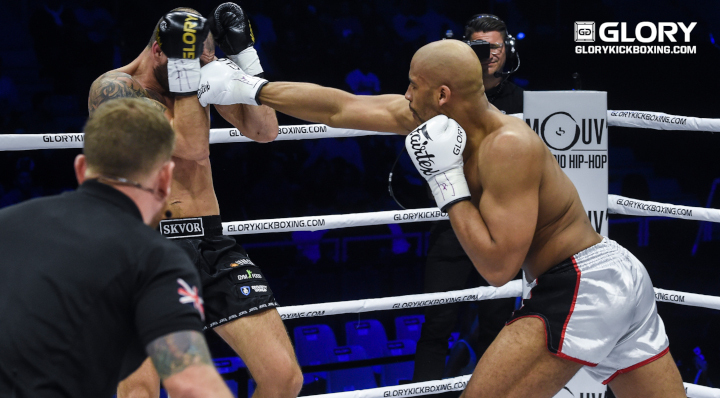 Marshall walked Skvor to the ropes right away. Skvor flurried with punches to try and get his range back, but Marshall was unfazed. Marshall landed a big right hand, yet Skvor wore it well.

The right hand of Marshall caught Skvor multiple times. Skvor showcased a sturdy chin and did not back down. The Czech fighter threw with volume and the larger Marshall struggled to match the output. A big knee from Marshall found the jaw of Skvor late in the frame.

Skvor’s punching assault continued in round two. Marshall countered with knees and punches to the body of the smaller fighter.

A right hand from Marshall wobbled Skvor for the first time, but he managed to keep upright. A straight left from Marshall caught Skvor at the end of a combination. The toughness of the Czech was on full display and he frustrated the largely Marshall with his constant punching.

A crisp right hand from Skvor greeted Marshall to start round three. Marshall returned the favor with an overhand right and an uppercut that hurt Skvor.

A flying knee from Marshall landed, but Skvor somehow stayed upright. That was short-lived, however as Marshall put Skvor out cold with a massive right hand.

“It was tough, but I hurt him in the final round,” recalled Marshall of the knockout finish. “He was already dizzy from the shots before, so I waited for my moment.”