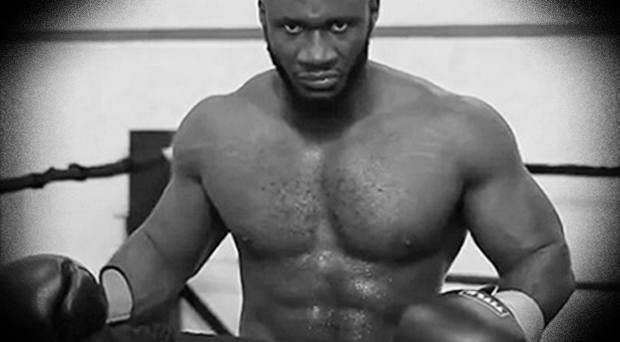 Mwekassa on Vakhitov: “This is not going to go the distance”

“I can tell you one thing – it is not going to go the distance,” says Zack Mwekassa (14-3, 12 KO's) when asked about this Saturday's light-Heavyweight title unification fight with Artem Vakhitov.

France has hosted both fighters before. It was the scene of Vakhitov's title win (GLORY 28 PARIS) and a thunderous Mwekassa knockout win (GLORY 22 LILLE). But on Saturday night, for one of them, it will be the scene of defeat.

Knockouts have been a central theme of Mwekassa's rise to the interim championship. From his debut, a first-round KO win over Pat 'HD' Barry at GLORY 16 DENVER, through to his winning of the interim title, a three-knockdown demolition over Mourad Bouzidi, he has left a trail of opponents face down on the canvas – eighty percent of his wins in GLORY are by stoppage.

Mwekassa comes from a professional boxing background and is the former Heavyweight champion of Africa. That background was a gift and a curse at first. His heavy hands speak for themselves but his limited kickboxing experience left some glaring defensive weaknesses. To fix that, he has been travelling to the Netherlands from his home in South Africa for training trips.

“I'm learning so much here. You have to really push yourself and step out of your comfort zone in order to grow. You cannot learn and grow by doing the same things, by not challenging yourself. So when I travel to Holland and train with these guys I am being challenged all the time and that is growing me,” he says.

“I am particularly growing on the kicking side, attacking and defending. Really I am very interested myself just to see what I can do in this fight, I am very excited to see my own development. At first some of these guys I am working with, guys like Errol Zimmeran and Samir Boukhidos, could do what they wanted with their kicks, but I have learned to stop them. Not only that, I am landing kicks of my own on them. And these are very experienced guys, very tricky.”

Mwekassa looks at Vakhitov as “a complete fighter, very good with his hands and his kicks, his knees. He has a very varied game, but I see holes there that I can exploit”. Asked what his approach will be, he declines to get into specifics. He does offer a general insight into what he thinks will bring him the win.

“They key to victory? It's just to be myself. To fight my fight, do what I want to do, what I am capable of, and not play his game or worry about what he is trying to do. As long as I am myself, true to myself, then the win will be mine.

And I will tell you this – it's not going to go the distance. I can't say when exactly it will finish, but it will finish. First, second or third round... that's as far as it will go. What I can guarantee you is what I always guarantee you every time I fight: bombs and drama!”

Zack Mwekassa and Artem Vakhitov Headline GLORY 35 NICE this Saturday, November 5 in a battle for the undisputed light-Heavyweight championship of the world, live on ESPN3 and repeated on ESPN2 on Sunday.