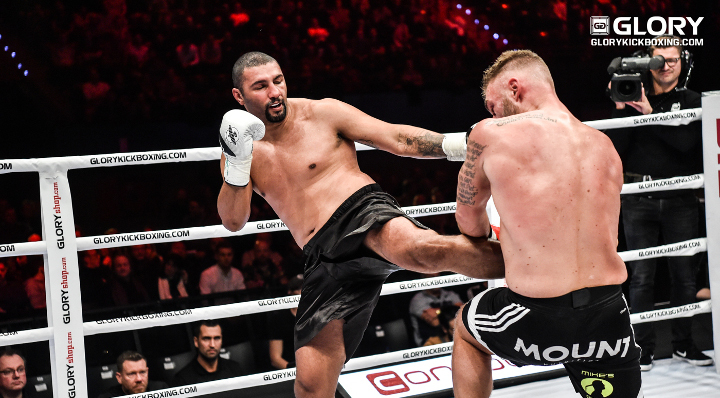 Silva calls out Adegbuyi for rematch after win at GLORY 49

Anderson Silva is back in the win column.
The veteran Brazilian Heavyweight took a clear unanimous decision over stalwart Dutch counterpart Brian Douwes.
Douwes came in on several days’ notice to take the fight after California’s Xavier Vigney announced a week out that he was retiring from professional competition because “my heart isn’t in it any more”.
It was Douwes’ third appearance for GLORY and by coincidence his third Brazilian opponent in the organization and his third decision loss.
Primarily an MMA fighter, Douwes’ GLORY career has been marked by short-notice call ups with long odds of him winning. His style thus tends to be clinch-heavy and those tactics were exacerbated by fighting on short notice against a fully-fit opponent with a full training camp behind him.
Fighting Douwes is always a grinder and while the fight was short on highlight moments it did at least prove Silva to be able to maintain focus for the full distance, something he has struggled with in other fights this year.
One instance of that was when he fought Benjamin Adegbuyi at GLORY 38 CHICAGO. After three hard-fought rounds the fight went to a draw.
Silva believed he should have been declared the winner - and he had a strong case for believing that - so when an extra round was ordered, he was deflated. The fight went out of him and Adegbuyi was able to win the extra round and thereby win the fight.
“If I could pick any opponent next, it would be Adegbuyi,” said Silva after this fight. “I want to beat anyone who beat me and to be honest I still don’t really consider that he really beat me. But if he thinks he did then he won’t be scared to fight me again, right?”
Anderson Silva def. Brian Douwes, Unanimous Decision (30-27, 30-27, 30-27)