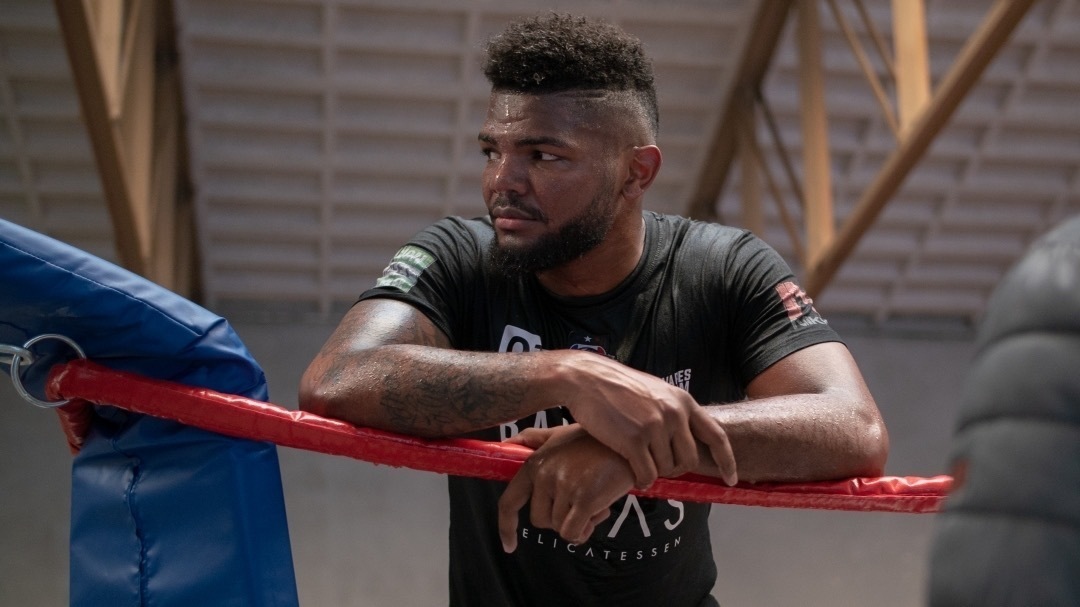 Tavares: “I’m back and I’m going straight to the top!”

GLORY light-Heavyweight champion Artem Vakhitov is not a fighter you often hear being called out.
Like his Heavyweight counterpart Rico Verhoeven, the Russian has been such a dominant force in his division that winning a title shot can often seem like a pyrrhic victory for the fighter in question.
But ‘The Infamous’ Luis Tavares wants a showdown with Vakhitov as soon as possible.
“I’m an ambitious person. Every organization I’ve been with, I’ve been champion,” he says.
“In my last organization I was a two-division champion, light-Heavyweight and Heavyweight. I want to accomplish that in GLORY also.
“But first, I must focus solely on the light-Heavyweight division. After I accomplish that task then I can look at Heavyweight.”
Tavares is not unfamiliar with Vakhitov’s powers; he fell victim to them at GLORY 9 NEW YORK back in June 2012, first suffering a knockdown from a spinning back-fist and then being stopped with a left hand to the liver at 1:06 of the first round.
“That was a long time ago,” shrugs Tavares. “I fought him and it didn’t go my way, but I have grown a lot since then and now I am back - and I am here for the belt.”
What makes Tavares so sure he can take the belt from Vakhitov in a rematch?
“You have to be sure! If you are not sure, why are you fighting? And the kind of fighter I am, I am a threat to all of them. I am very confident. I believe in myself.
“I bring something from a tactical standpoint that a lot of fighters don’t have.
“A lot of fighters play checkers, I play chess. They are like ‘OK, you gave me two punches, I will try and give three back’. I analyze the opponent and come with a tactic so that I can walk over them.
“Some people say I am arrogant but I don’t think that’s the case. I have always been very outspoken. Some people like that, some people don’t, I couldn’t care less.”
Tavares is Rotterdam born and raised; the city is hosting GLORY 62 and ‘The Infamous’ could not be more pleased.
“I’m very excited. It’s a long time since I have fought in my own city. The Ahoy Arena is a great venue, some legendary fighters have fought there. Now it’s time for me to come home and make my own statement. I’m going straight to the top!”
GLORY 62 ROTTERDAM takes place Saturday, December 8 at the Ahoy Arena in Rotterdam, Netherlands and airs live in the Netherlands on VERONICA and in the USA on UFC FIGHT PASS and ESPN 3.