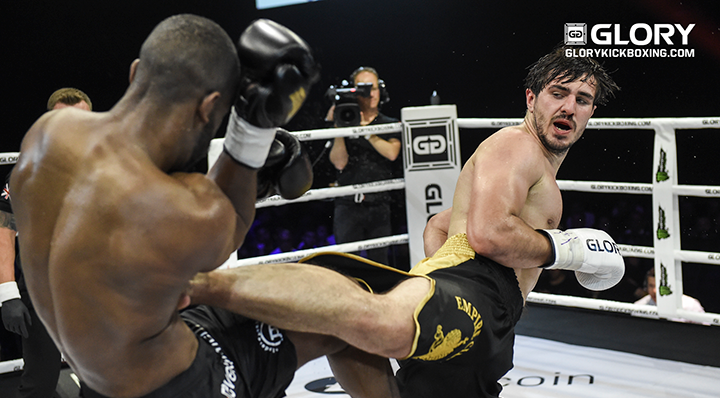 Vakhitov opened with a high kick. Abena answered with a pair of low kicks before ripping the body with a left hook. The champion started to open up with his boxing while maintaining a high defensive guard.

Abena landed a pair of uppercuts to keep Vakhitov at bay. Vakhitov attacked the body of the challenger with a hook of his own. Abena again scored with his uppercut late in the frame.

Abena went back to work with his punches, mixing in low kicks. Vakhitov picked up his punching output and started to deliver outside leg kicks of his own.

A spinning back kick from Vakhitov found the body of Abena to open round three. He followed with a head kick that Abena blocked. Abena delivered a heavy hook to the body of Vakhitov and then an uppercut that forced the champion to clinch.

The body kicks of Vakhitov did little to slow the advance of Abena. Another spinning kick from Vakhitov met the midsection of Abena late in the round.

A head kick and a left hand from Vakhitov greeted Abena in round four. Abena again found a home for his uppercut. Vakhitov abandoned his right hand in the round. Abena caught Vakhitov with a head kick that wobbled the champion, but he didn’t go down.

The fight entered the final frame with Abena working the body. Vakhitov grazed Abena with a head kick. He then fired another spinning back kick. Abena’s output slowed significantly.

A knee from Vakhitov found the body and he followed with a left hand. Vakhitov mixed up his kicking assault in the final 30 seconds, but the fight saw the scorecards.

One judge gave the fight to Abena, but the remaining four scored the fight in favor of the champion, who retained the belt to the chagrin of the crowd.

“My hand is okay,” Vakhitov said in his post-fight speech. “We trained for kicks.”